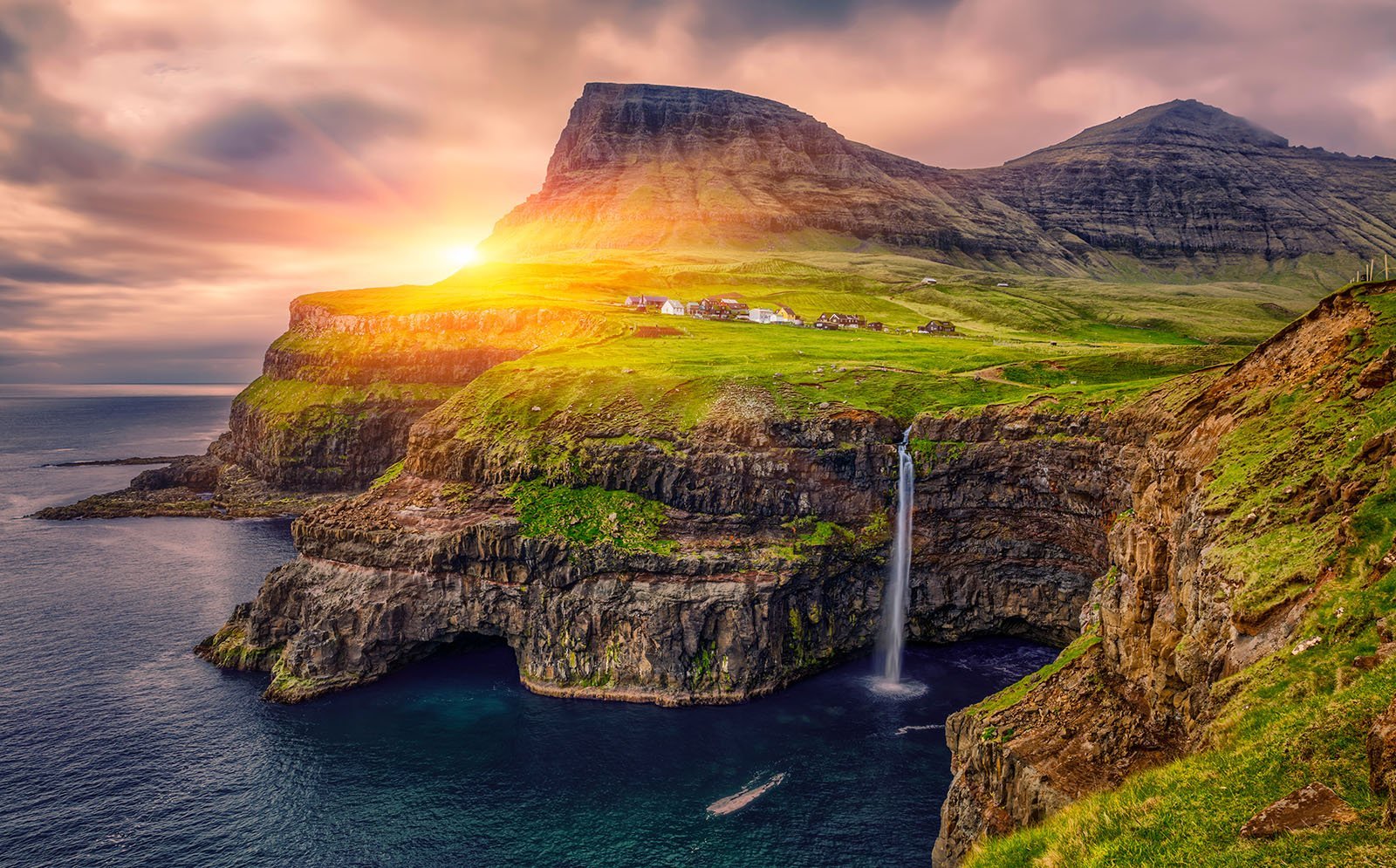 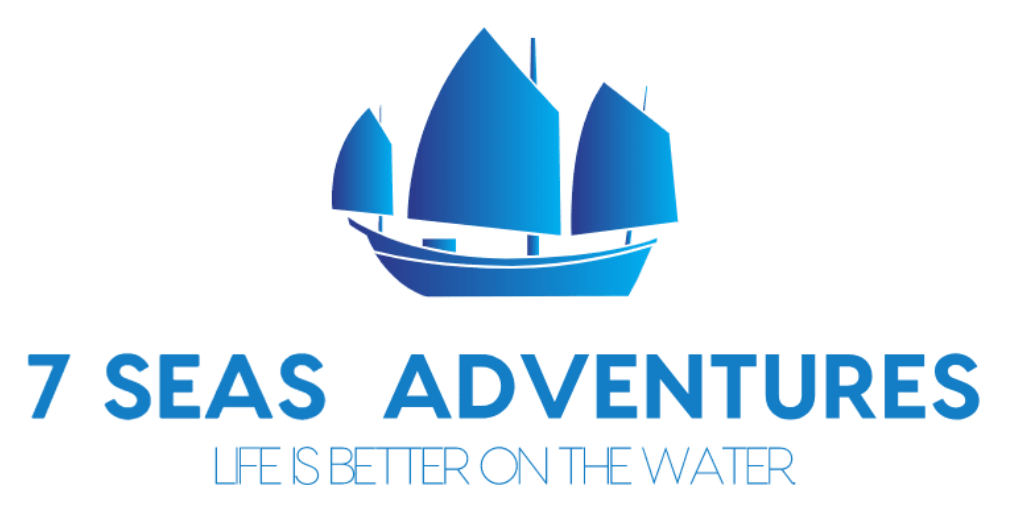 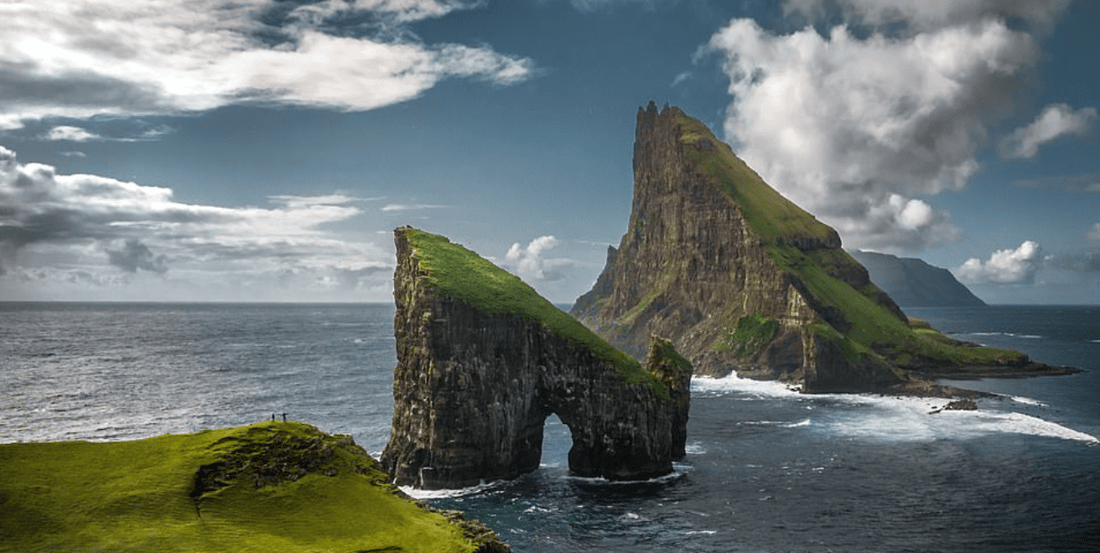 WELCOME TO THE FAROE ISLANDS

Hidden in the middle of the North Atlantic, between Iceland and Scotland, you will find the Faroe Islands, an unique archipelago of 18 small islands.

Unexplored, Untouched and Unbelivable, those who venture to these majestic iselands get rewarded with sublime scenery, stunning nature and incredible wildlife. 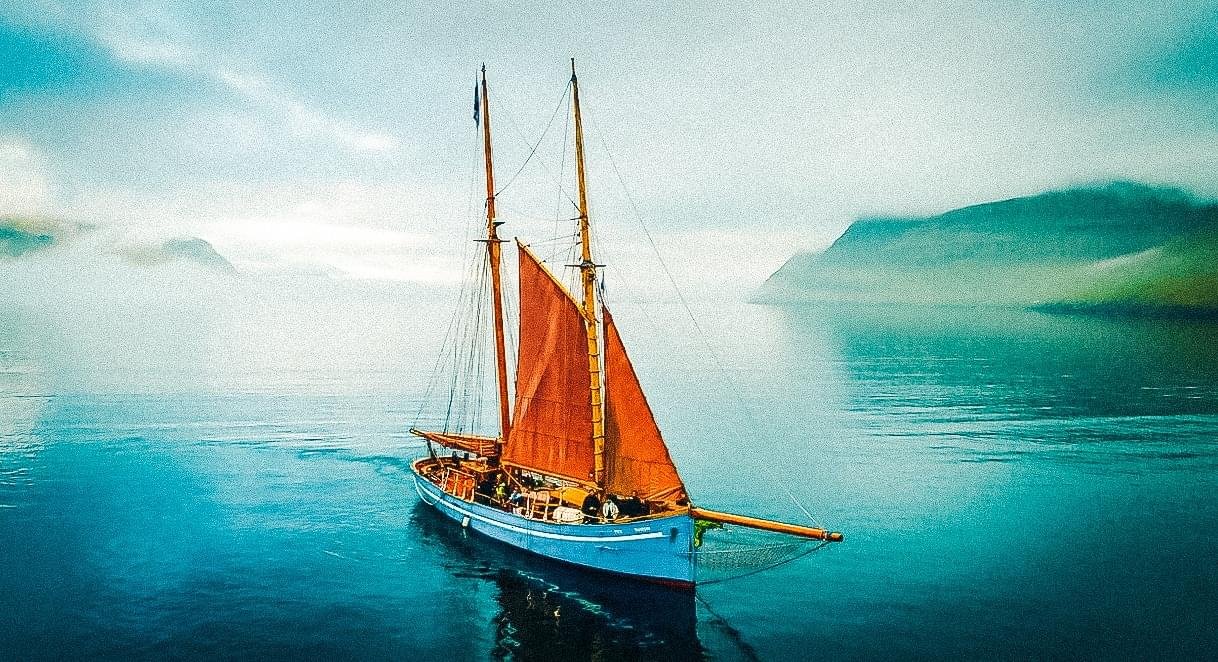 An Epic Journey on the Sea

An opportunity for truly epic experience. Explore the Faroe Islands ahistorical Sail Shipp. Explore the Islands from the Sea, visit unknown places and find hidden gems, fish, dive, and dine on the best food in the North Atlantic..

Fish onboard beautiful refurbished 100 year old schooners at daytime and have the food prepared by a local private chief onboard in the evening. A nostalgic gourmet experience with friends and stories. You will have an abundance of out of this world pictures, for memories and to share with friends back home.

Get pictures of the rugged landscape, wildlife, and birdlife.

Thousands and thousands of puffins flying over your head; black sea cliffs painted white by the sheer number of birds breeding there.

The constant and powerful roar of thousands of kittiwakes calling at the same time; the power of a gannet as it dives and penetrates the water like a torpedo in the hunt for fish.

These are all but a few of the things you can experience when watching the birds of the Faroe Islands from the ocean. 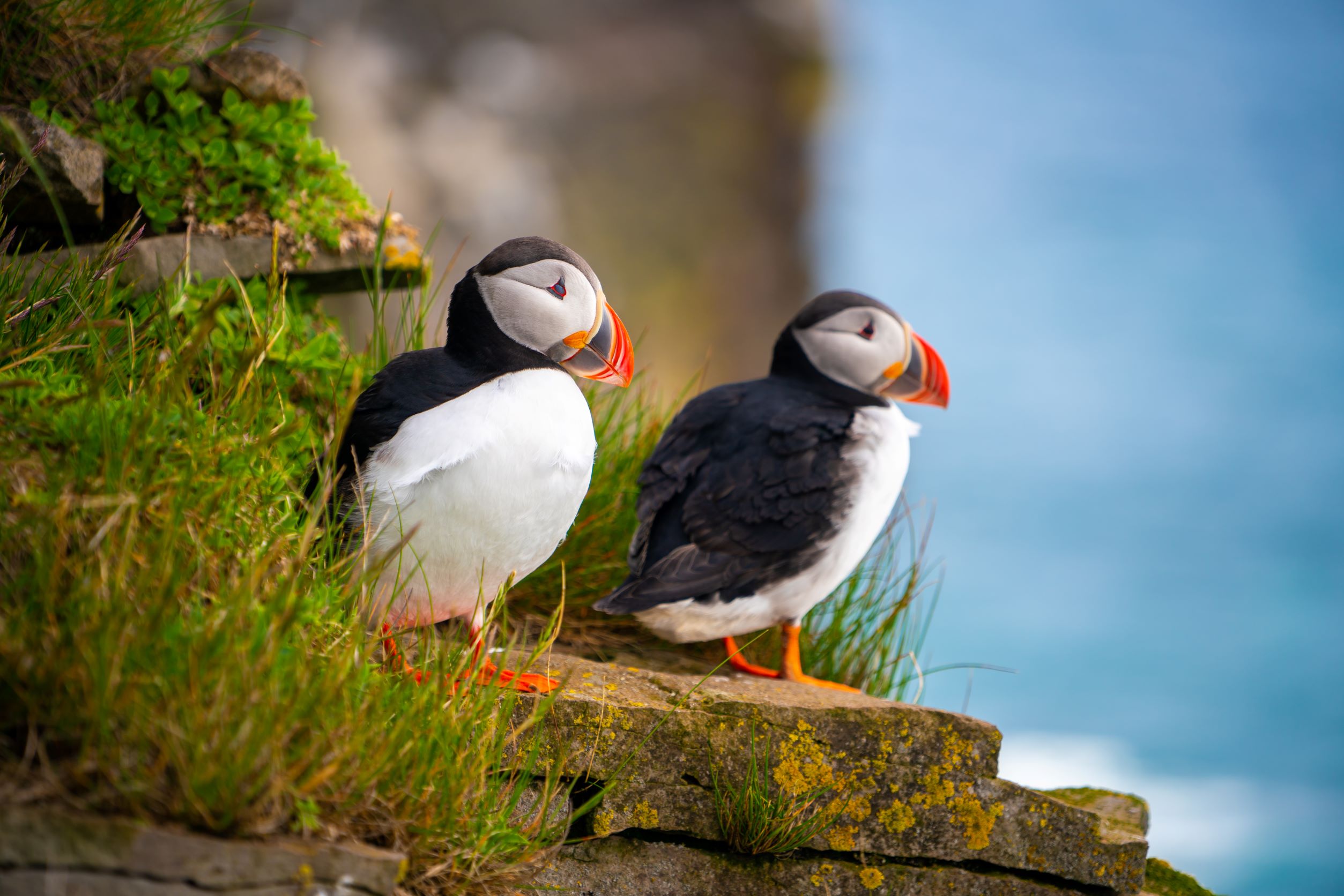 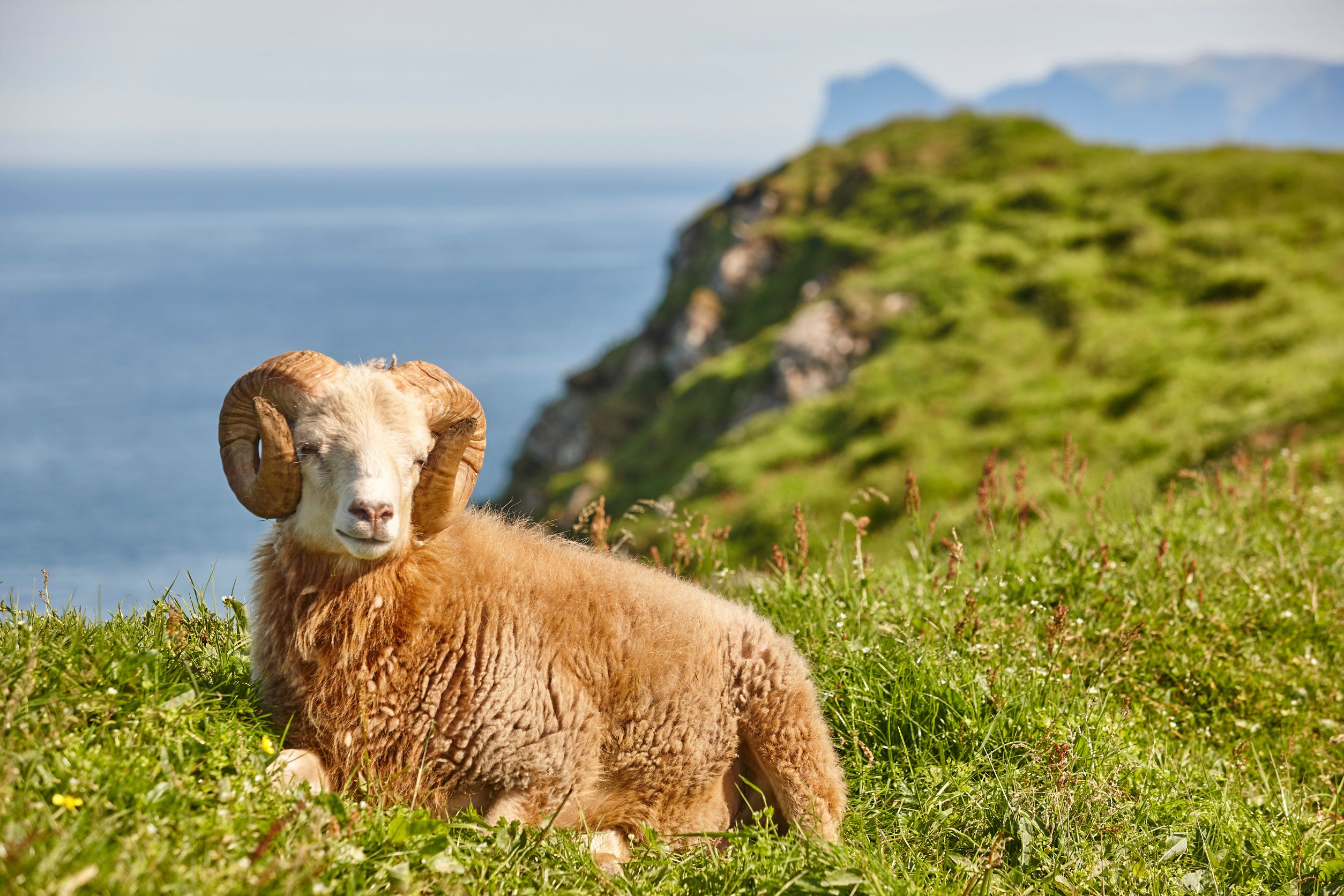 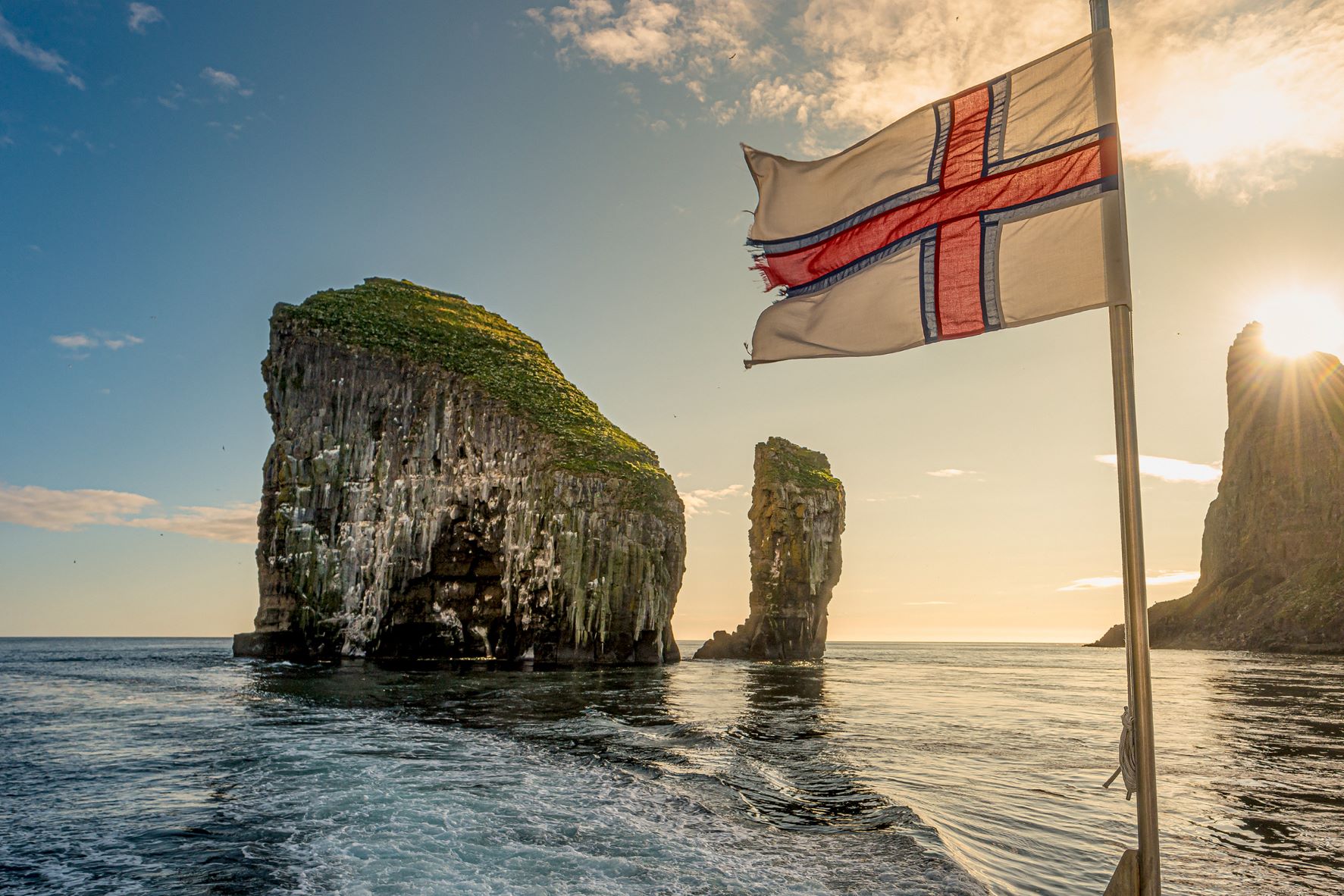 Countless souls have been lost at sea over the centuries in the North Atlantic, however the biggest peacetime maritime disaster was a blessing for the Faroe People.

The Faroe Islands where ravaged by pirates throughout the 17th and 18th centuries. In 1629 three North African Ships raided the Village of Hvalba. Burned down the village, killed the men, enslaved woman and children.

The plan was to ravage the entire Island of Suðuroy, and next year Come back with 6 ships and lay waiste too all of Faroe Islands.

Luck from above saved the local Islanders and in Hvalba there is a place called Turk Graves, where 3 North African Pirates lie buried.

The legend of Kópakonan (the Seal Woman) is a folktale in the Faroe Islands.

Seals were former human beings who voluntarily sought death in the ocean. Once a year, on the Thirteenth night, they were allowed to come on land, strip off their skins and amuse themselves as human beings, dancing and enjoying through out the nigth.

The legend of the seal woman is about a seal woman that cursed the entire island of Kalsoy, to revenger her children.

"Now there shall be revenge, revenge on the men of Mikladalur, and some will die at sea and others fall from the mountain tops, until there be as many dead as can link hands all round the shores of the isle of Kalsoy!" 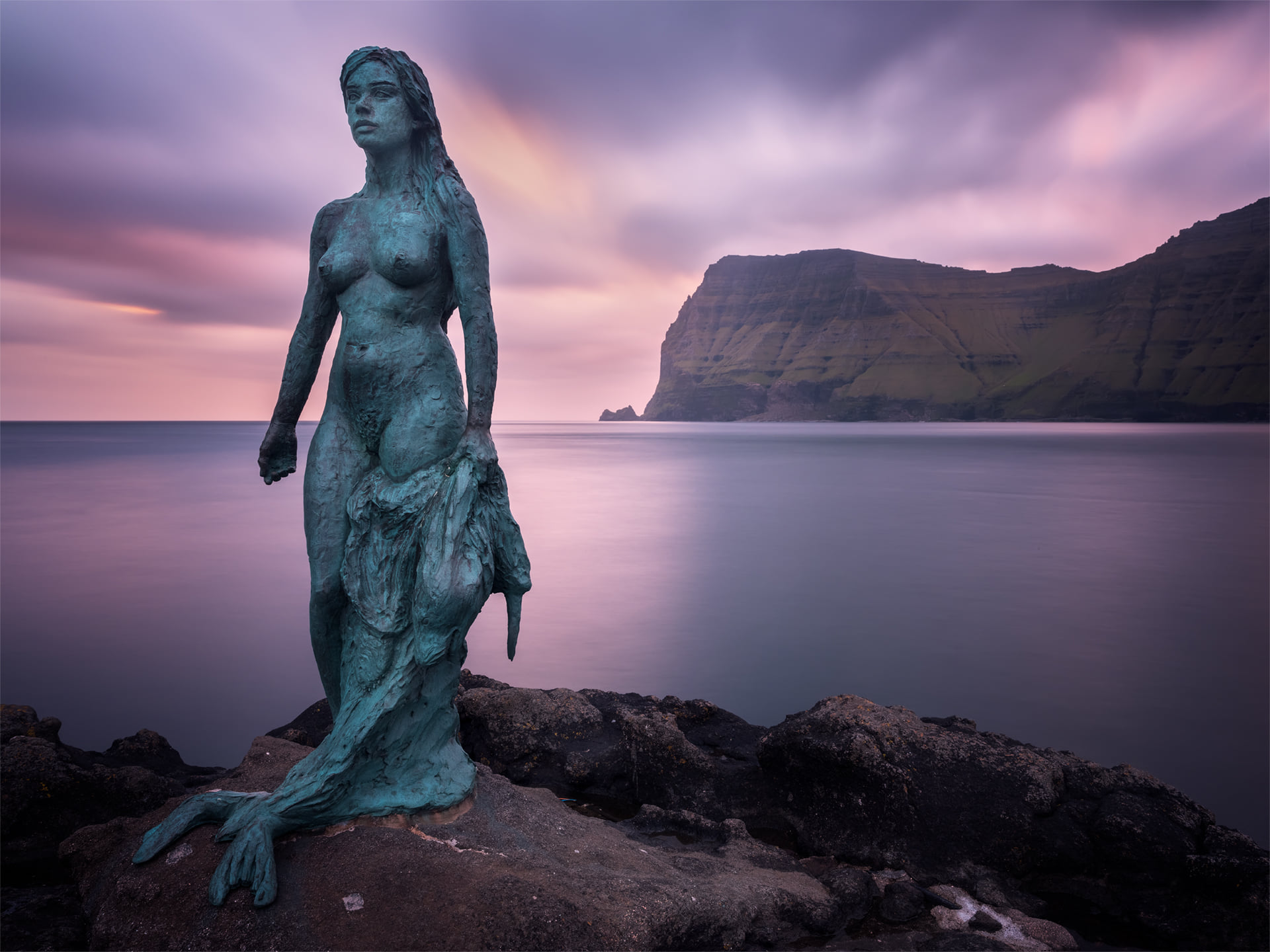 These are just two of many many tales and hidden stories of the Faroe Islands. The Faroe Islands is packed with history and myth from Viking and Celtic times, stories and sages from middle age. You can even find British world war 2 history as the Faroe Islands was a crucial spot for the British to defend from German Occupation.

Kalsoy, and the Grave of James Bond

Speaking of the seal women cursing the men of Kaloy to death, who knew that James bond would be one of them.. As this became the final resting place of James Bond, in tomorrow never dies. 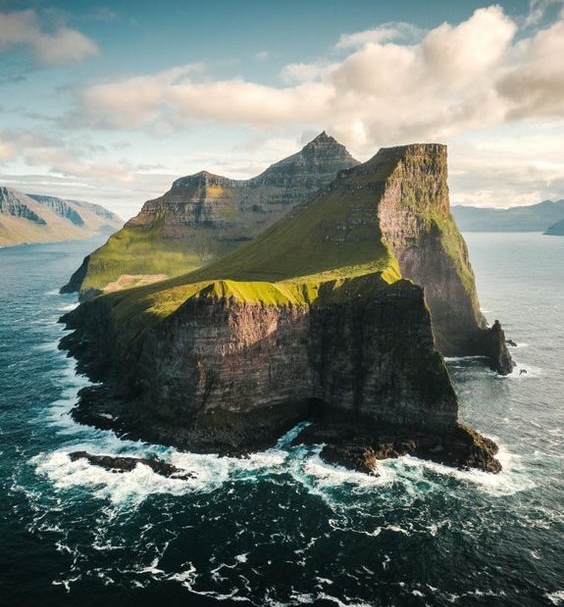 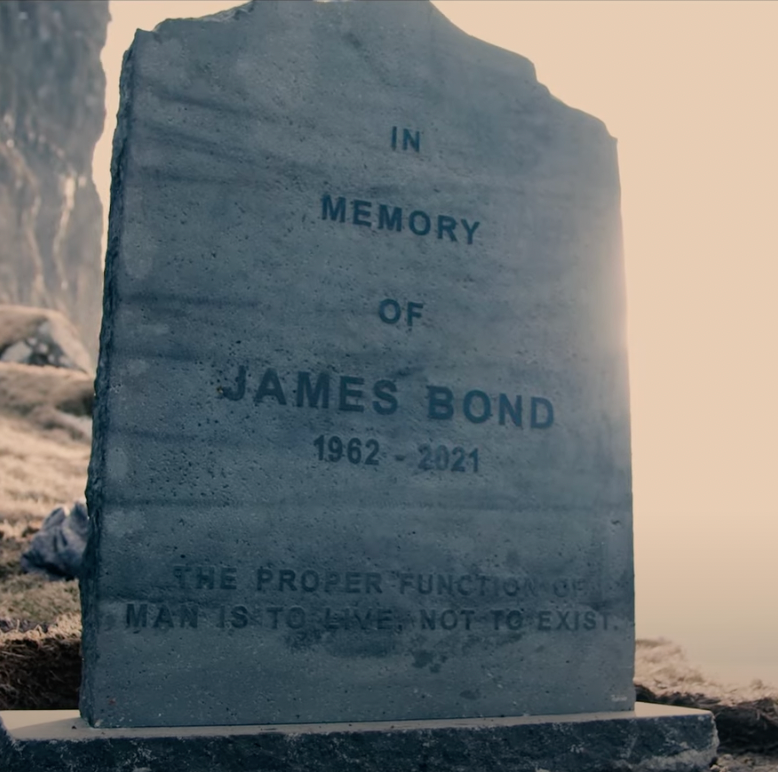 Kalsoy has become the new James Bond Island. The scenic archipelago in the heart of the North Atlantic Ocean is where 007 meet is demise in No Time To Die.

The Faroe Islands are a cinematographer’s dream. The Dramatic landscape in the far-flung archipelago makes a stunning impact any adventure movie.

Thereby are Faroe Islands so close to the Arctic Circle which makes amazing lighting conditions.

Below are two more videos from April of Orcas, in the first one they have caught a Seal! In the Second Follow two Large Spermwhales.

The Faroe Islands is the Ultimate Fishing Adventure. 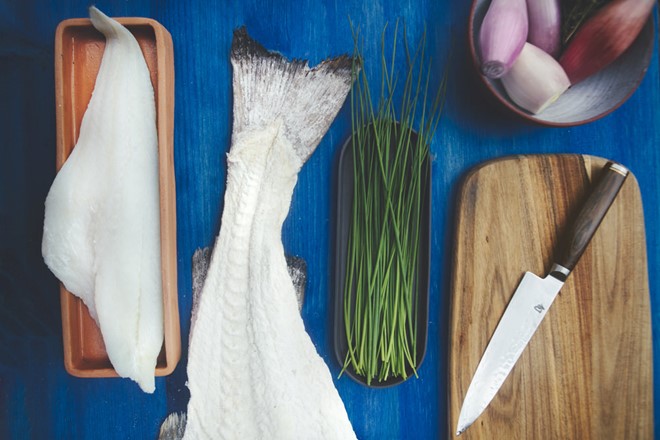 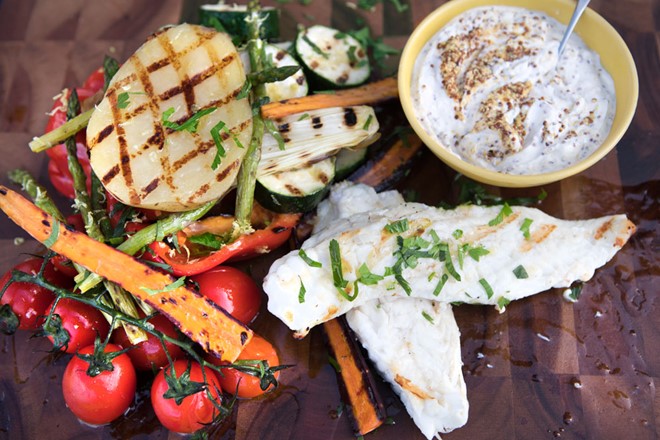 You catch your fish out of the cleanest marine environment on the planet. Faroese seafood is amongst the healthiest available. Faroese fish is known as a premium product around the world.

Get the best fish you have ever tasted fresh out of the sea. 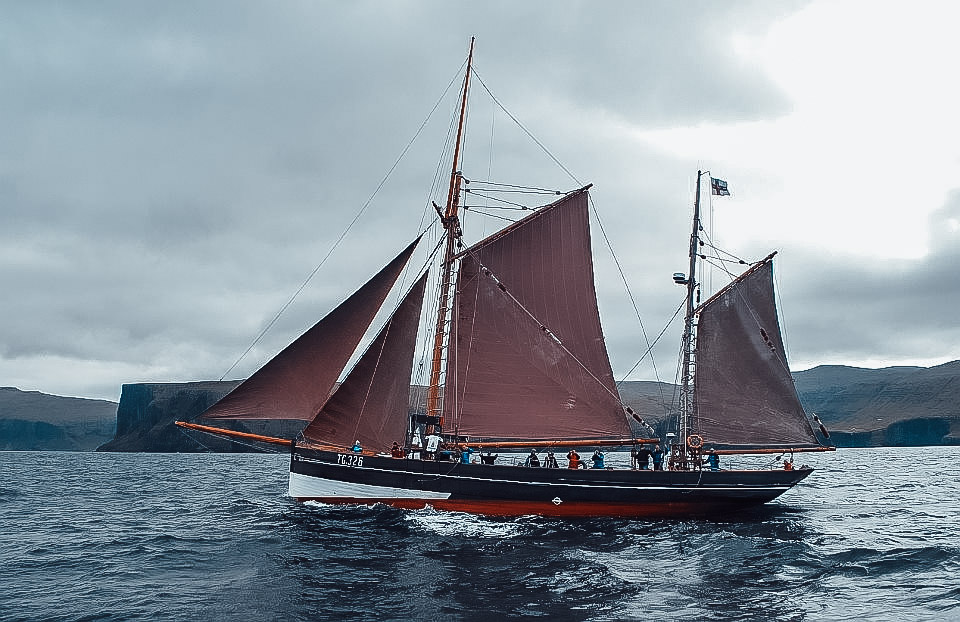 Purchased as a Fishing vessel in the Faroe Islands in 1894.

A Hero of World War 2, sailing large amount of much needed fish from Iceland to England, and making it through the war untouched by the relentless bombing on Atlantic fishing vessels.

Purchased for 1kr in 1980 and refurbished as new. Today the oldest Sailboat licensed for the open sea. 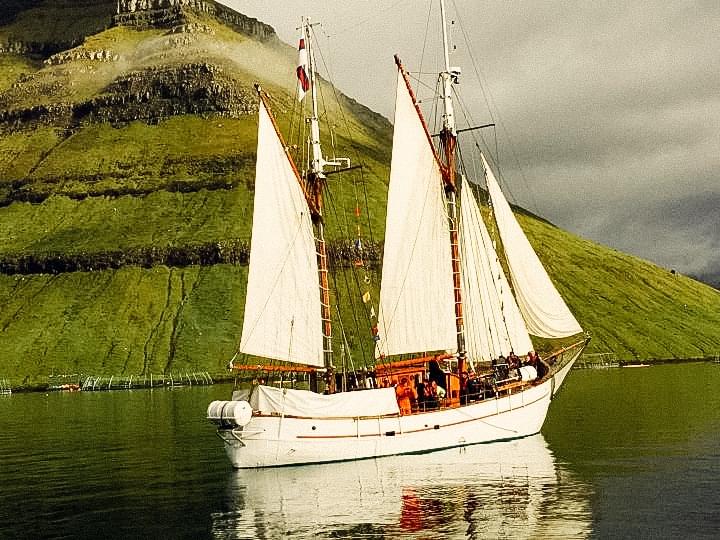 Built in Copenhagen and sold to the Faroe Islands in 1946.

Same year it was purchased by Dragin Foundation with the purpose of sailing as a school ship for those receiving education related to the sea. 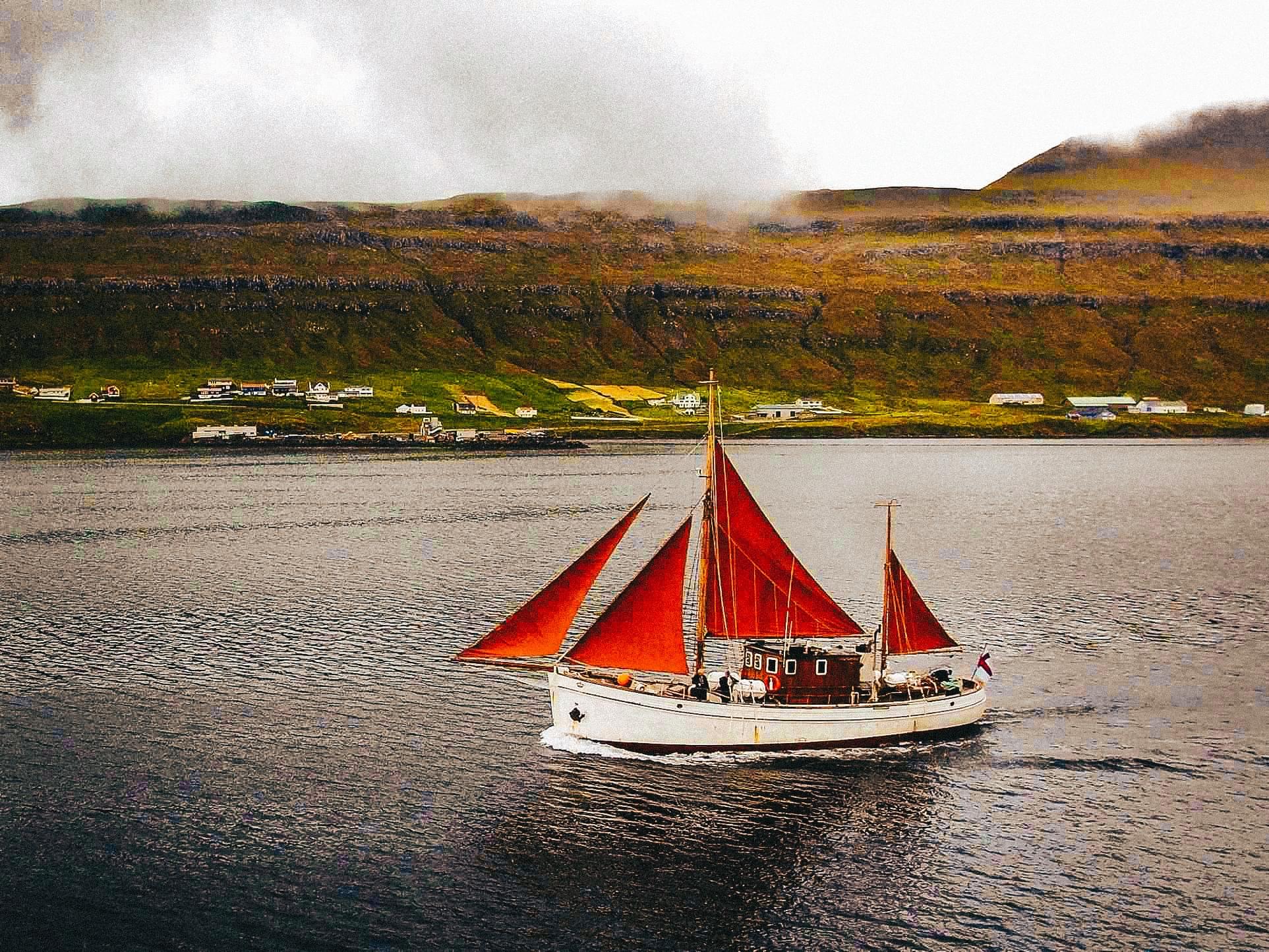 Built in Denmark and came to the Faroe Islands right after World War II.

Ever since it has been in the service of the Danish High Commissioner’s Office and has been used for passenger and hospital transport.

In 2012 a local fund purchased the ship from the Danish government and has since been used for excursions and local events.

Please Help us out with 1 min Questionnaire

Get early Bird Discount for Experiences